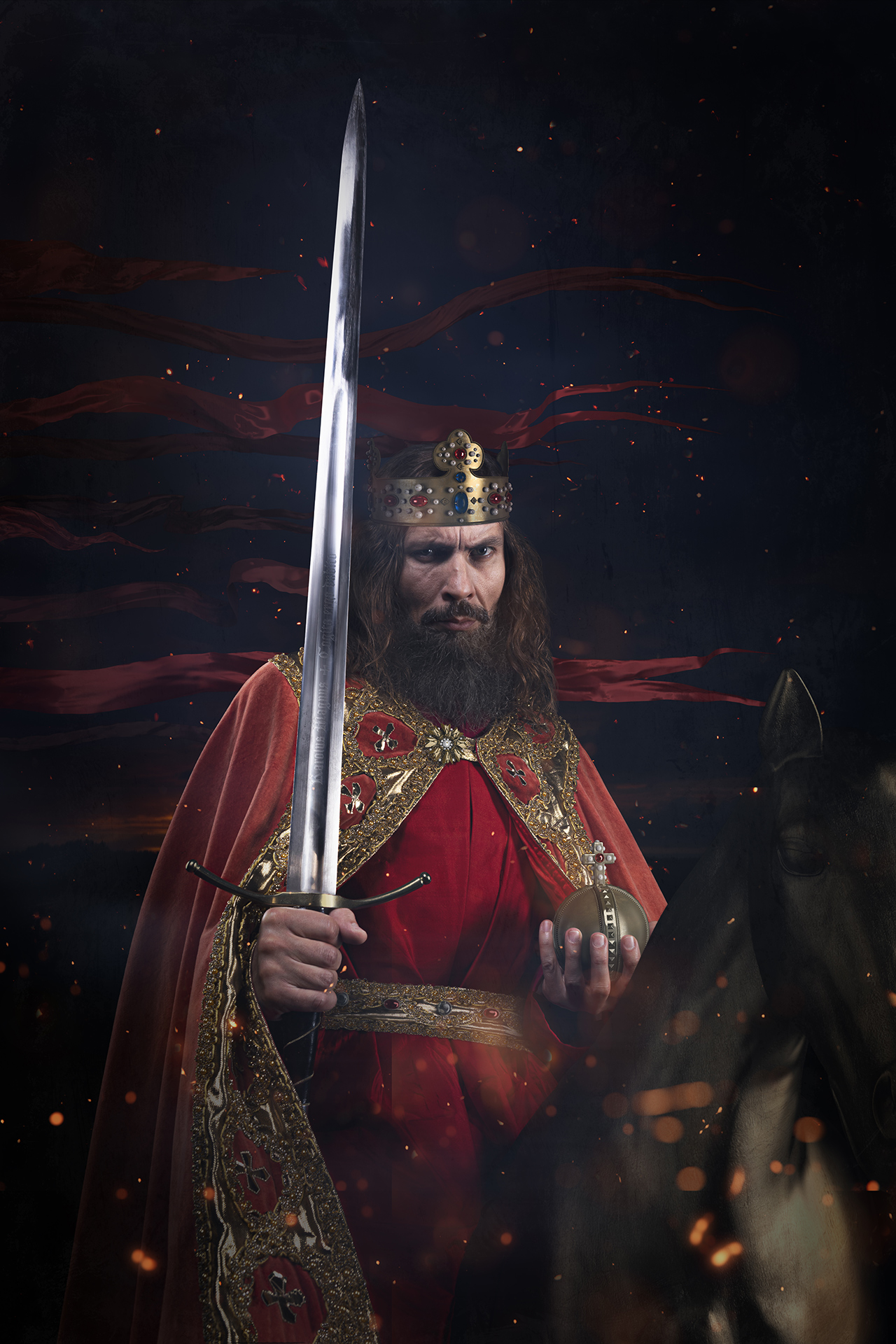 The photograph tells about the popular hypothesis of phantome time concerns the early Middle Ages and alleged forgery in the date area. The difference is  about 300 years. The assumptions of it, shows that events from the 7th to the 10th century were bogused, and the year of creation of this photo is not 2019, but 1722.

Phantom time theory undermines the existence of Charlemagne, the father of modern Europe. Is it possible that the phantom hypothesis could undermine the credibility of dates with the year in which we live? 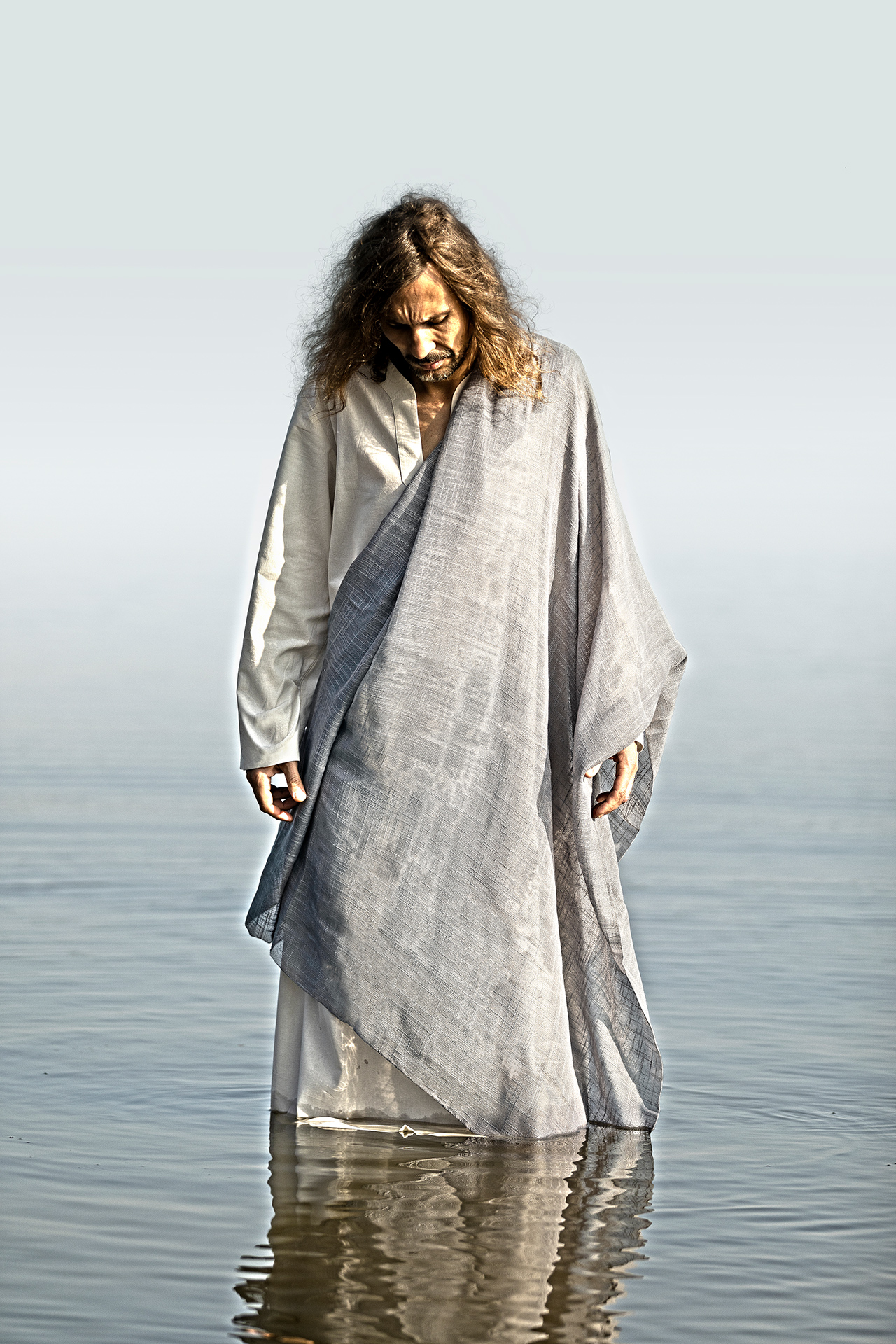 The photograph is an excuse to reflect on the function of the miracles of Jesus Christ in Christian dogma.
What strength would have his science if he had all the miracles removed from the New Testament?
Would it play such an important role in shaping the entire Western civilization?
Could faith in this case be based on the power of human wisdom and not on the supernatural skills attributed to it? 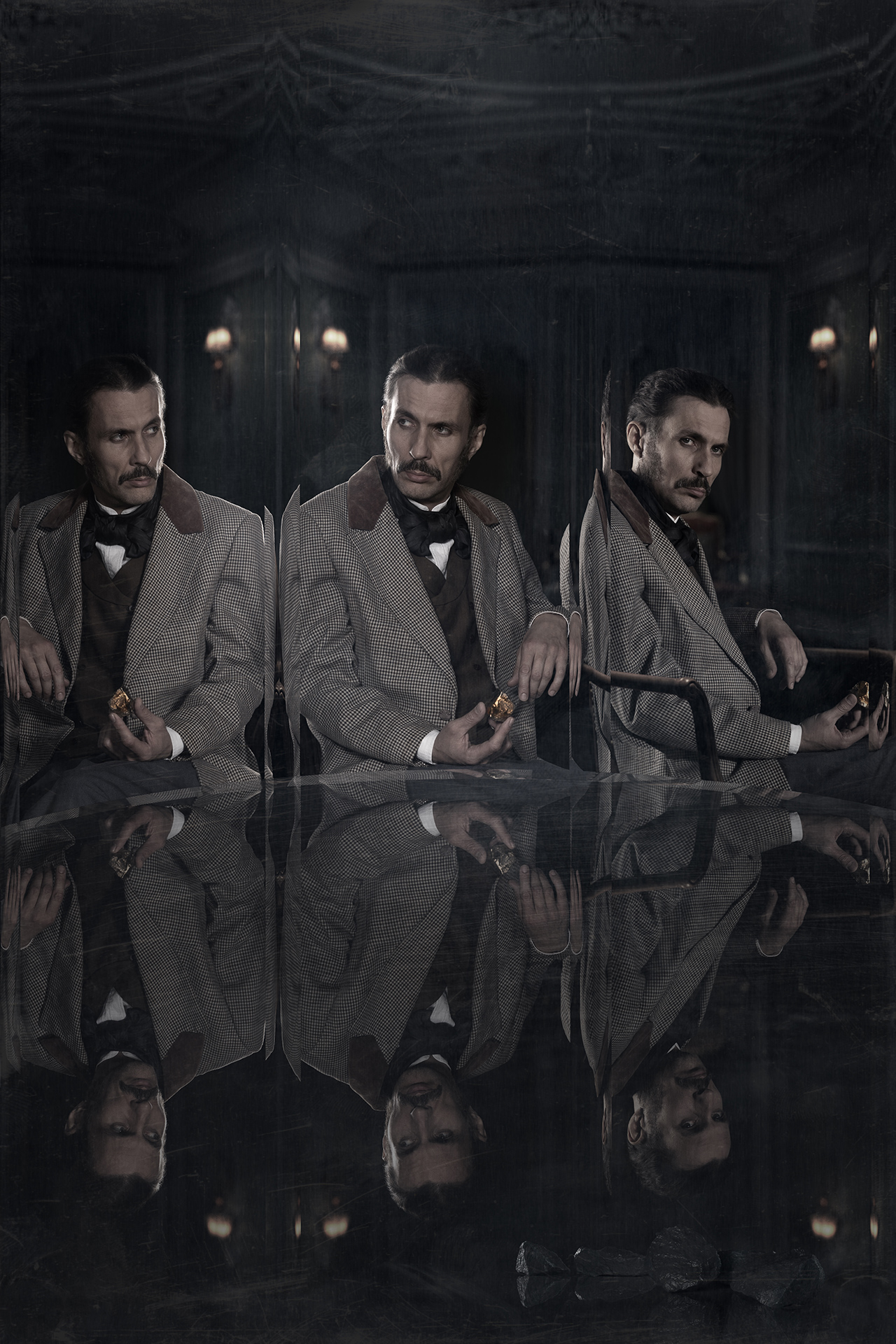 Count de Saint Germain is a historical character, according to much preserved evidence the count lived for over 300 years. A man of many talents, a linguist, poet, musician.
However, it was the alchemy and elixir of youth that brought him the fame. He was last seen in Paris in 1874.
He was called – Wundermann.

It is 1879, the Second Industrial Revolution is getting bigger and bigger. Count de Saint Germain sits on a chair in the living room lit by electric lamps. He holds a lump of gold in his hand, on the table is a scrap of lead. Will anyone else need alchemy? How can we explain the count’s immortali or his supernatural ability to be ubiquitous? 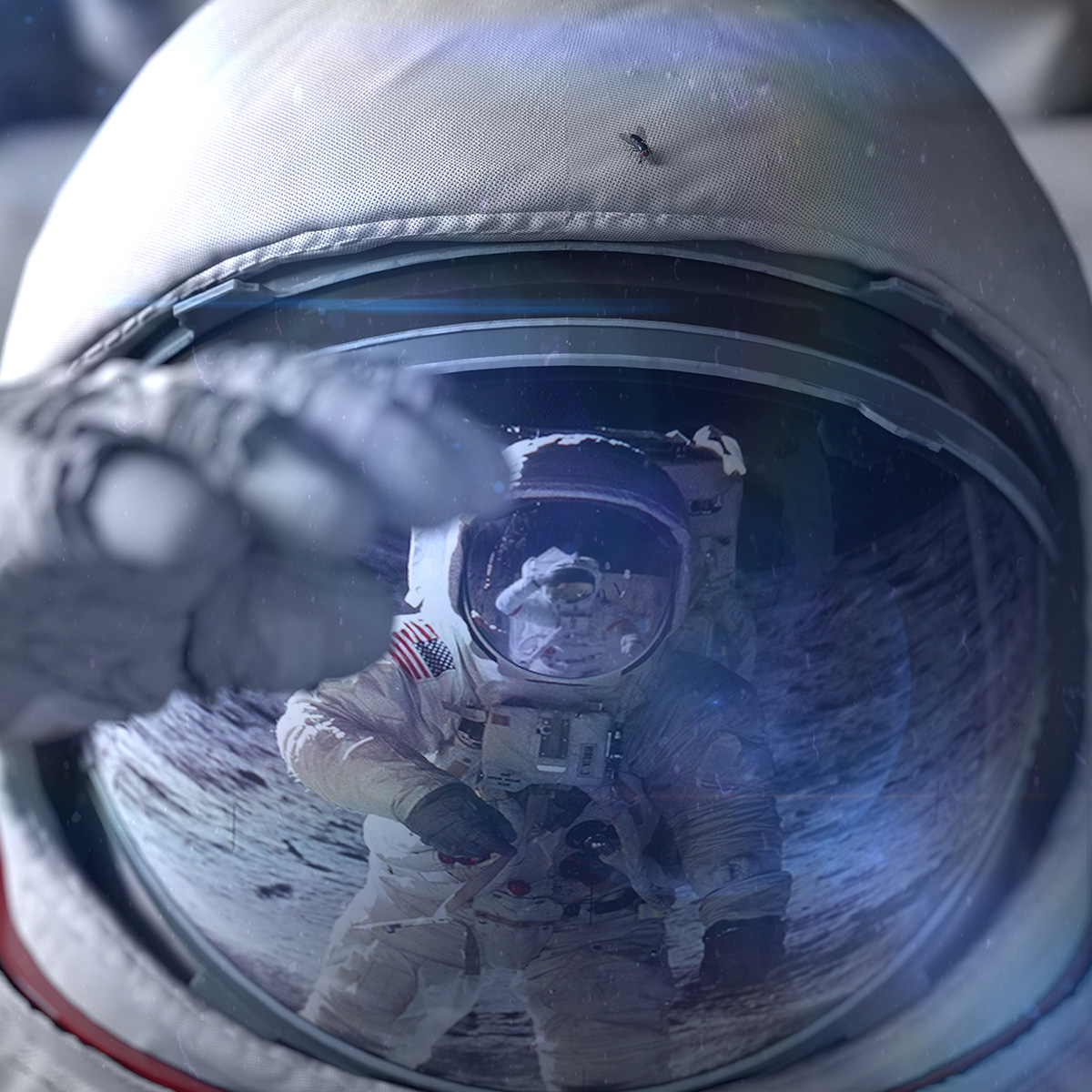 50 years after landing on the moon, we are still not sure of this event. Wasn’t the Apollo 11 mission just a hoax? Did Neil Armstrong really stand on the moon?
The photo shows the moment when the Apollo 11 band is walking on the surface of the moon. The magic of the moment is muddled by a fly wandering around the suit …
Would such evidence be enough to dispel doubts into a great leap for humanity? 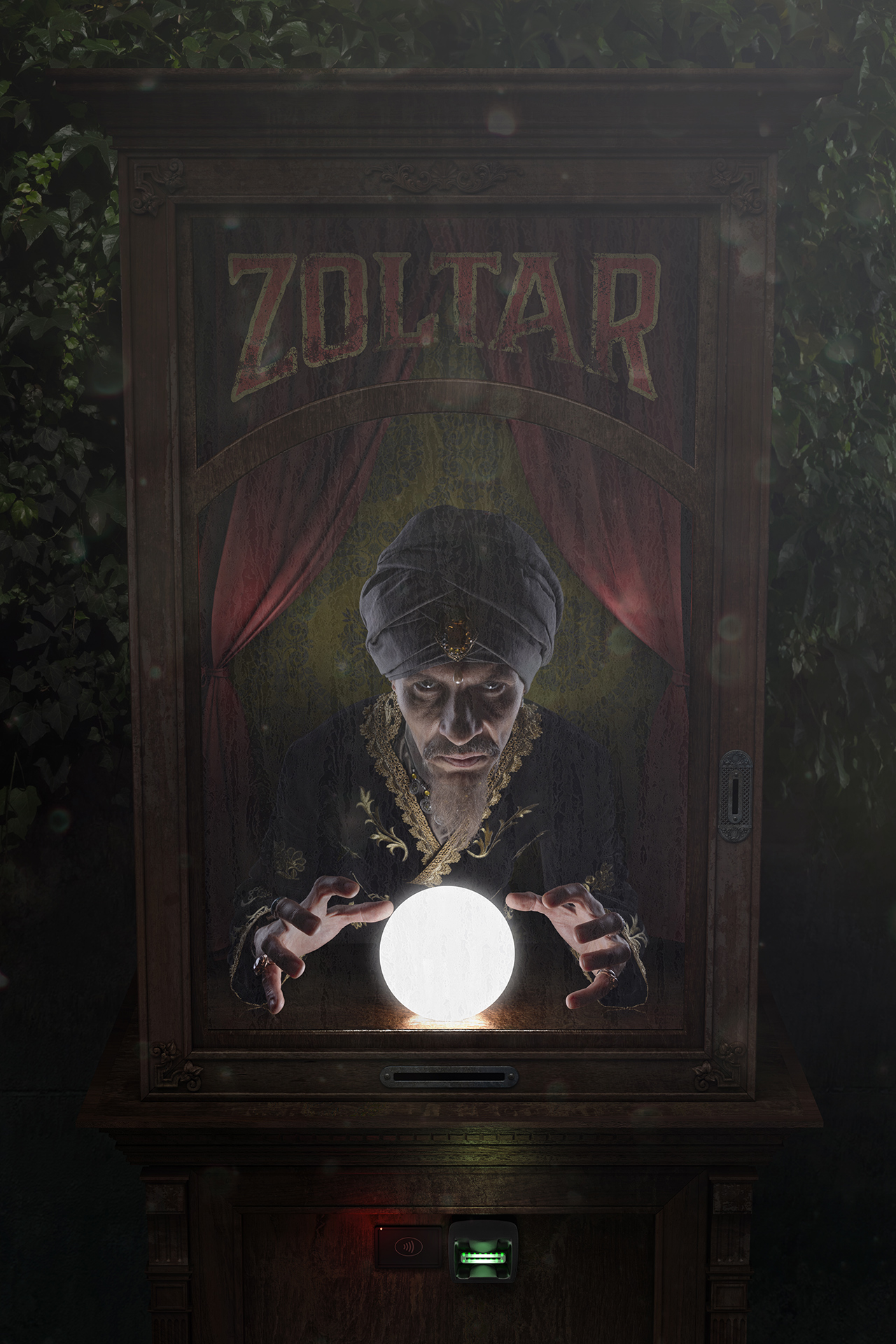 These four stories evoke faith in super heroes. However, time brings changes … Super heroes are leaving, where is our faith following now? How uncritical are we towards the objects of our faith?

The graphics shows visual instruction which answers the question: how to take a rest? Are we sure that we are able to do it?

The photograph is a record of searching for a common point in a multidirectional and variable space-time, it is a way out of its subjective perception.

This website uses cookies to improve your experience while you navigate through the website. Out of these, the cookies that are categorized as necessary are stored on your browser as they are essential for the working of basic functionalities of the website. We also use third-party cookies that help us analyze and understand how you use this website. These cookies will be stored in your browser only with your consent. You also have the option to opt-out of these cookies. But opting out of some of these cookies may affect your browsing experience.
Necessary Always Enabled

Any cookies that may not be particularly necessary for the website to function and is used specifically to collect user personal data via analytics, ads, other embedded contents are termed as non-necessary cookies. It is mandatory to procure user consent prior to running these cookies on your website.